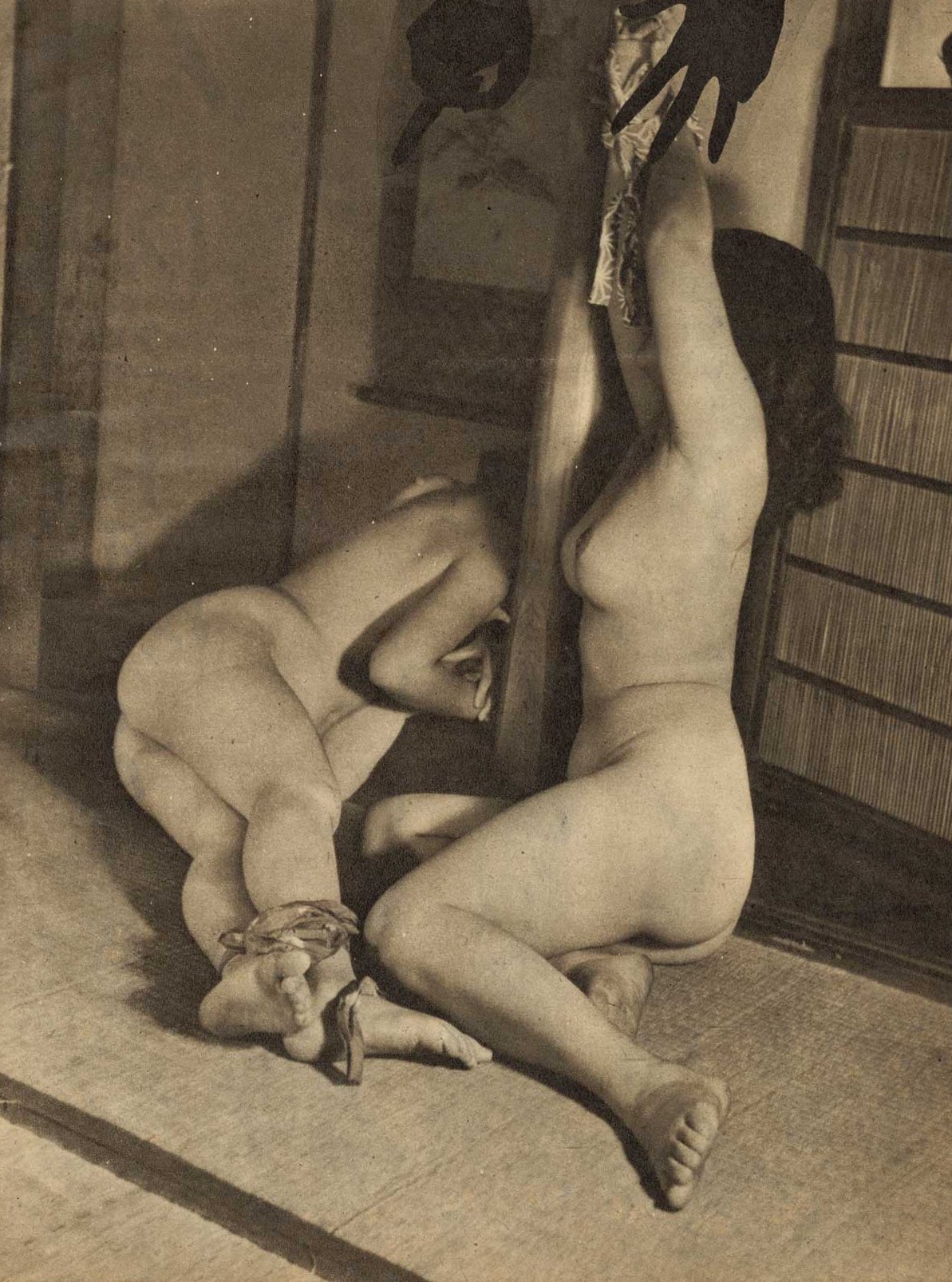 Bondage as a sexual activity first came to notice in Japan in the late Edo period (about 1600s to 1860s). Generally recognized as “father of Kinbaku” is Seiu Ito, who started studying and researching Hojōjutsu (the art of binding a prisoner of war) is credited with the inception of Kinbaku, though it is noted that he drew inspiration from other art forms of the time including Kabuki theatre and Ukiyoe woodblock prints. Kinbaku became widely popular in Japan in the 1950s through magazines such as Kitan Club and Yomikiri Romance, which published the first naked bondage photographs. In the 1960s, people such as Eikichi Osada began to appear performing live SM shows often including a large amount of rope bondage, today these performers are often referred to as Nawashi (rope master) or Bakushi (from kinbakushi, meaning bondage master).

Bondage as theme in photography can be found from the very beginning of photography, less known for instance are the works of Charles Francois Jeandel, of course the Biederer Brothers used the theme in their fetish related photos, Yva Richard had some bondage shoots, very well known is of course John Willie.
A lovely bondage shoot was done by Marcel Meys.

To view all shoots with bondage photos use the tag Bondage

Into various fetish art, modern as well as vintage? Then you might want to check out my special feature and receive updates for all 5 sites in 1 email.